Westhill has such an incredibly special business model, it’s actually hard not to oversell it. For anyone who has filed an Insurance claim in their lives, there are a handful of beliefs that typically hold true irrespective of the industry (i.e Property & Casualty, Automative, etc.).

Despite these beliefs being the norm, it has traditionally been very difficult for Insurance Carriers to improve the process for policyholders. There are loads of moving parts, and it becomes a major undertaking for carriers to increase retention and customer satisfaction.

Much like Uber, Amazon, Netflix, Facebook, and all technology that disrupts an industry, you can almost feel something special when you see it. This is exactly how we felt when we met Larry Parker and Ron Biagini, cofounders of Westhill Global, Inc. The initial conversation that we had was about how they recently finished their Brand Identity Design and how excited they both were to continue building the MVP. In that conversation, they pitched the concept of Westhill: To fundamentally transform the way Property & Casualty Insurance Claims were processed.

Hearing their aspirations, it was love at first sight. It just made sense. It was like that scene in Limitless, with Bradley Cooper, when he takes the first pill of NZT and letters just start floating down from the heavens. Larry and Ron wanted to create a platform ecosystem that connected homeowners (policyholders), contractors and insurance carriers like never before. Effectively, creating an end-to-end digital managed repair solution that infused the industry with transparency and visibility.

The conversation rapidly became an ideation session and consulting session in real-time. The more dialogue, the more ideas on how to bring Westhill to market from a go-to-market perspective came up. This framed the problem for EverWonder.

We kicked off the engagement with a Discovery and go-to-market strategy workshop to help reverse engineer what’s been done to date, and chart a new path forward. These meetings are always enlightening because our team is coming in with a completely fresh perspective, no bias, and most importantly — no expectations.

The Brand Identity as presented used power colors like vivid Red, stark black, and framed Westhill Global, Inc. to sound the opposite of relatable and transparent. We immediately decided to drop “Global” from the name, and move forward as Westhill. We also chose a color palette that brought in much softer colors (i.e. Reddish Orange, Grey, Sky Blue, Dark Blue and Green). In addition, we landed on a type face that rocks in all applications — Proxima Nova. This was paired with hand drawn icons, imagery that felt “human”, and a narrative that would make David Olgilvy smile with approval.

After creating a global design system for Westhill, we immediately moved into User Interface Design & Development for the platform and orchestrated a refresh of the platform design which spanned 146 different screens. There was a rhythm that was beginning to vibe with Westhill, and it was a natural progression for us to continue growing our partnership.

With a few wins under our belts, the next series of initiatives was to develop a strong presence via digital channels. Westhill was in the market to redesign their site, revamp their social profiles, and tell their story.

Redesigning Westhillglobal.com was tricky, because we needed to tow the line between showing enough of the platform to present well, but not showing enough where Intellectual Property infringement became an issue. As seen in the sample artwork for the Case Study, we built the site with a clean, fresh and minimal design. A major focus and priority for us was to construct a scaleable content management system that could be edited on the fly as we tested Westhill’s messaging and the business evolved.

In parallel to redesigning Westhillglobal.com, we also were heads down on sculpted a proper sales narrative for both the Carrier and having Contractors join the premier Westhill network. Having a rock solid pitch deck to tell the Westhill story would prove to be the catalyst for growth.

How the partnership evolved

We were beyond lucky to continue growing with Westhill, and become a bigger part of the Organization throughout 2019 into 2020. After securing their Series-A round of funding, it was yet again, off to the races to build Westhill for their next stage of growth.

EverWonder now became Digital Agency of Record and took on:

2021 now marks and aggressive year of growth and maturity for Westhill. We continue to be an integral partner in their organization, and are ready to take on the challenge of Account Based Selling and Account Based Marketing in a year that will be tremendously focused on scale and content creation.

Have a look at how the Brand Board came to life for Westhill. 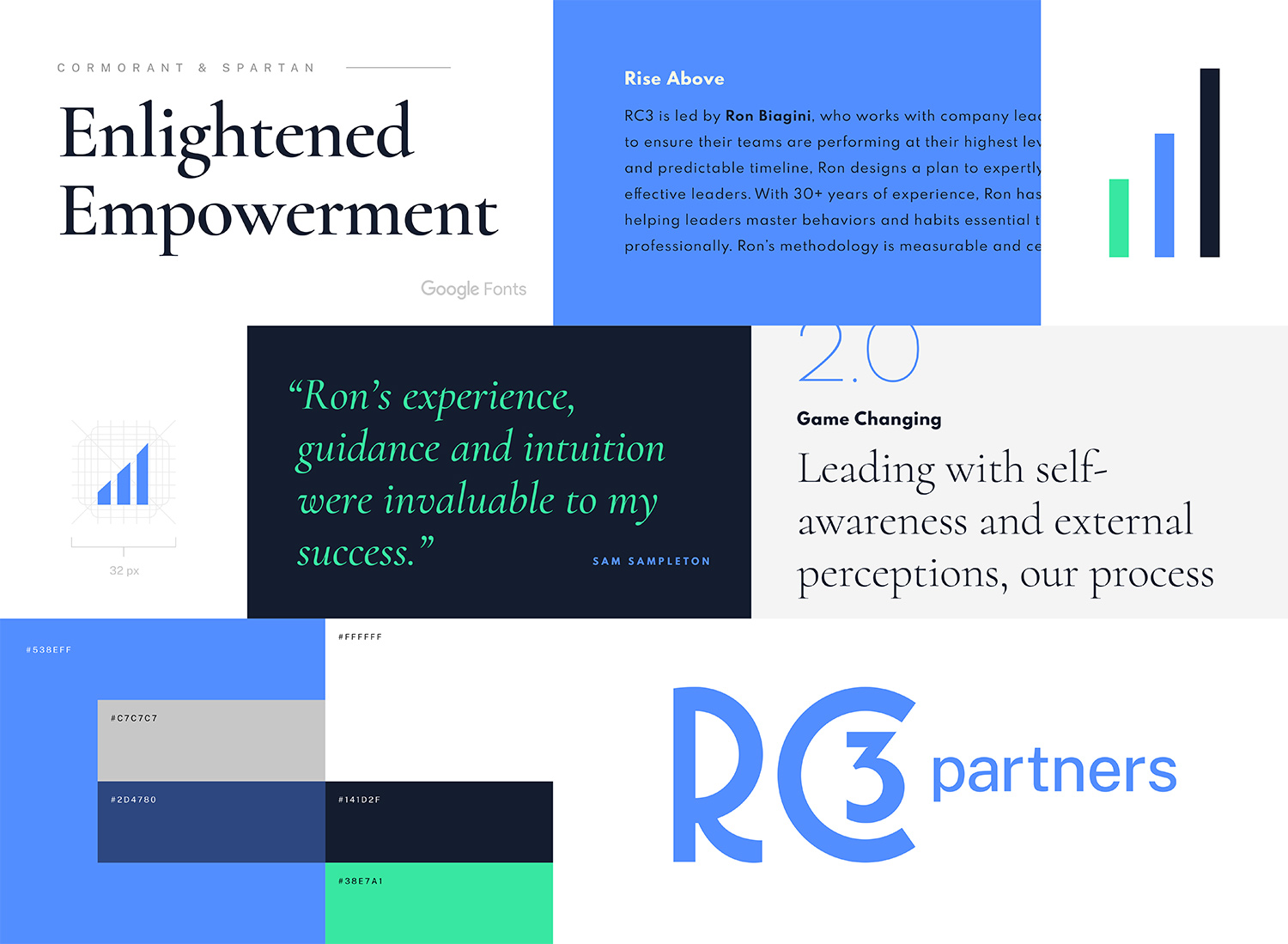 We've crafted RC3's go-to-market message and generated the narrative for how they would begin offering Executive Coaching in their product offering. 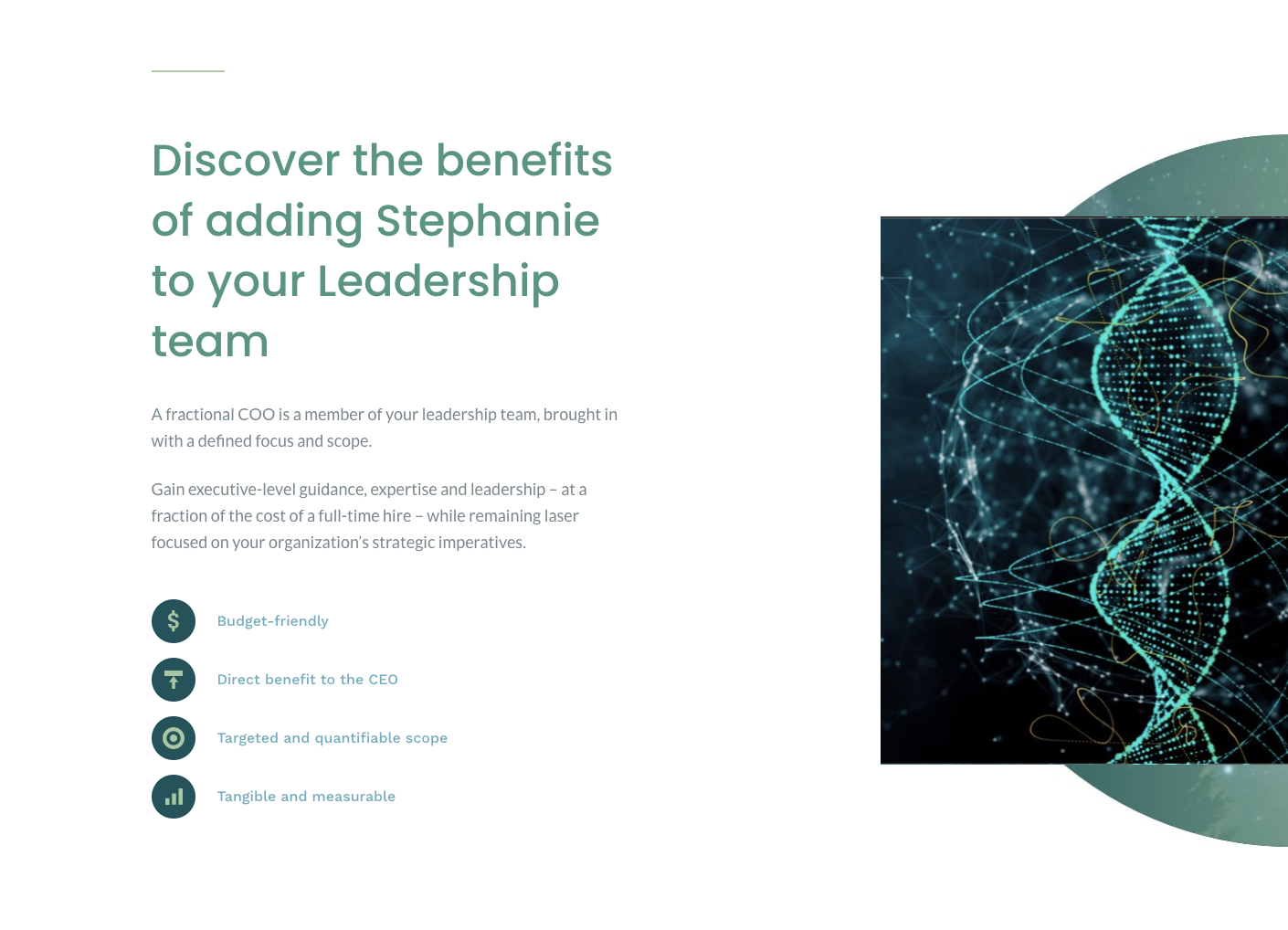 The work with Viridian manifested itself into a series of Sales enablement materials, a Brand Acceleration Kit, and a long scrolling website experience. 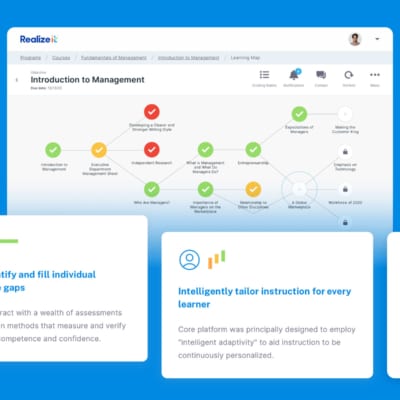 We'd love to hear from you. Drop us a line or two.