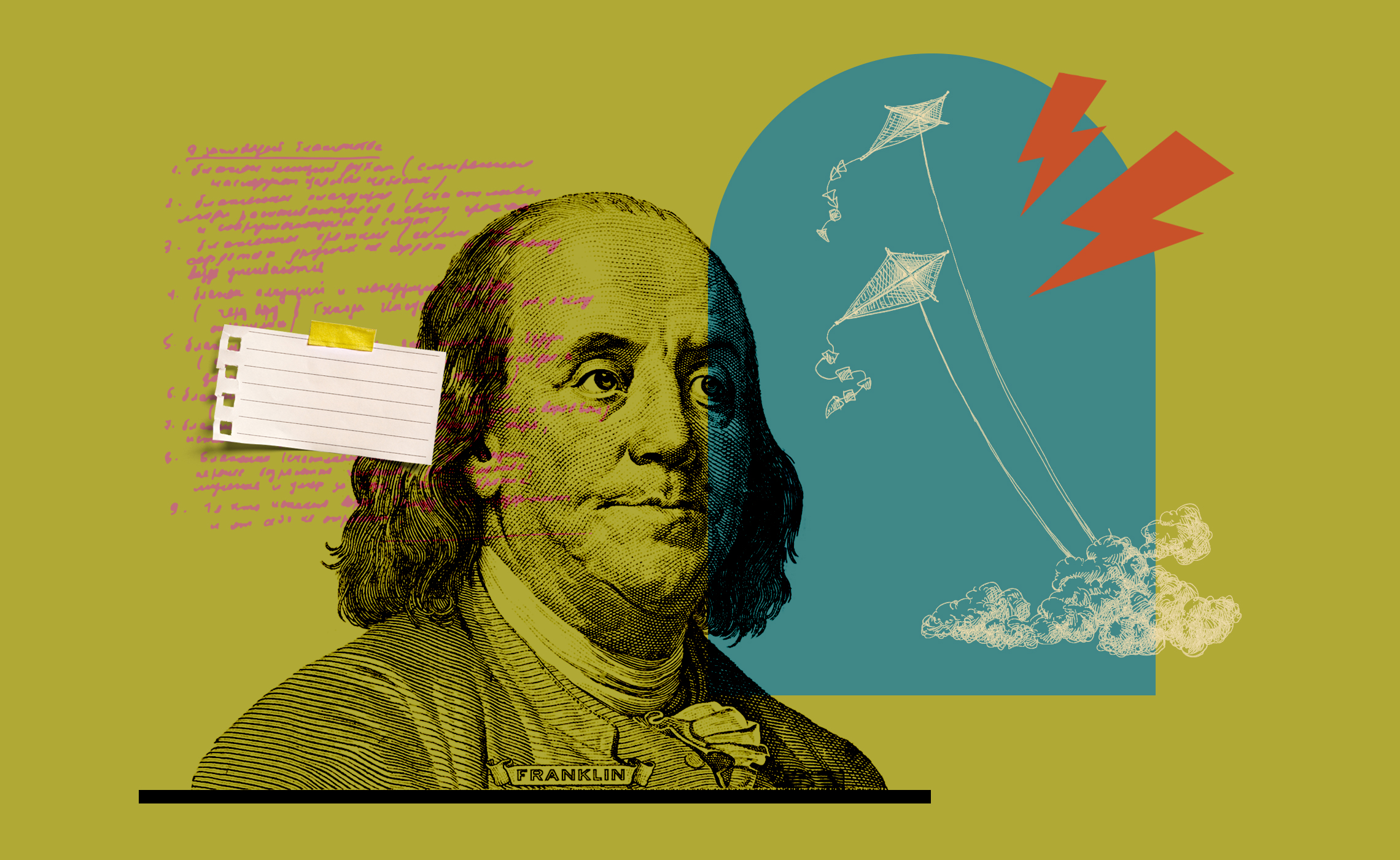 A few years ago I took an epic whirlwind trip to Europe: Barcelona, Paris, and Stockholm in 6 days. The trip centered around two concerts that were on my bucket list for quite some time. Now, I have spent a fair share of time in Europe and am no stranger to travel.

I could have gone with a backpack, a prayer, and an iPhone (my usual style) and I would have probably had a great time, but I decided to do something different for this trip – plan. I heavily researched restaurants and fully vetted boutique hotels and famous coffee shops. I squeezed every ounce of juice from those 6 days and had the most unforgettable time.

I still daydream about the crepes and champagne I had steps from Montmartre and the Paella on the beach in Barca. Reminiscing about this driveby Eurotrip really got me thinking—vacations and product launches have a lot in common.

It’s like that old Benjamin Franklin quote – ”if you fail to plan, plan to fail.”

There are many different strategies on how you can introduce your products or services to your audience, including your customers, target market, and everyone internally. A marketing product launch plan helps you better control the (first) impression of the product, and in turn, the level/measurement of success.

What is a product launch plan and why is it so important?

One interesting and often misunderstood concept is that a launch plan is not just the act. It is the process. Your launch is only as good as your plan. It isn’t a trip to the city with no agenda, it is a long journey that requires research, recon, and a guiding agenda.

Product launches are coordinated efforts to deliver your specific product or service to your desired market. It starts with internal alignment—your company getting into the know and on the same page and expands outward to your partners and consumers so that everyone has buy-in to your success story.

It is crushing the first meeting and securing the follow-up. Failures are important too, if you experience failure post-launch it may feel like a short-term blow but gathering the contributing data from your digital marketing and/or sales team is invaluable.

Preparing for a launch plan is easy, I know I prefer mass transportation to cab rides, and a nice hotel with crisp sheets over a hostel. But if I am traveling in a group, goals and details pivot, they become collective. Anticipating the needs of the collective and delivering in a thoughtful programmed manner is the key to successful planning, in any realm.

Launch plans are vital because it is akin to securing rollout starts on the right foot. Trial and error can be great, yes. But more trials mean more time and no one wants to waste half a day in Rome deciding what to do first. Without the plan, expect to waste time. Time isn’t just about money, time is satisfaction. And if you wait on the tarmac for 4 hours, you're certainly not getting any satisfaction.

What are the different sizes/types of product launches?

A soft launch is one in which a company chooses to release an initial version of their product to a limited “test” audience. Soft launches are valuable because you are able to simultaneously generate buzz and embark on data extraction to help modify your deliverables with advanced feedback based on the testers' receptions and perceptions.

Many dating apps, specifically Tinder, garnered their success from soft launches. At the birth of the company, their own CMO took to college campuses and gave talks at local sororities. By the time she made it to the fraternities and they’d downloaded the app, they had a host of local girls already matching their profiles.

Dating apps have found massive success from the focused soft launch approach simply based on the reliance on locality. Do you want to match with someone nearby? A focused marketing strategy is the ticket to winning.

Beta launches are similar to soft launches in that they are also released to a limited target audience, however, the product release in a beta launch is designed specifically for feedback and testing. Alternative terms for Beta are “limited-user trial” and “early-adopter feedback.”

The iPhone can credit many of its winning features to beta testing. 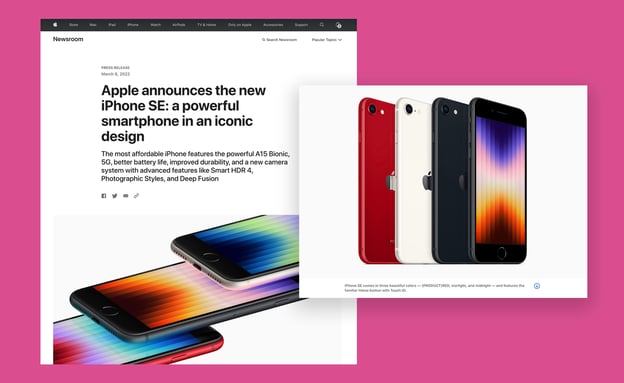 The technology was so new, that they had questions like “would people be able to quickly adapt to the virtual keyboard” and “how well would the big pristine screen hold up to daily wear and tear without a protective cover?”

Another finding – the storage was insufficient. A new iPhone with double the storage capacity and a price cut of $200 was released shortly after the initial launch which, at first, upset customers, but the tech was just too good.

Perhaps this is best explained by taking a trip to Japan. Not long ago, researchers did a case study in Japan to find out why Organic foods, despite their rising popularity and desirability in the Western world, were falling flat in Japan. Japan is unique because it has some of the highest agricultural standards in the East, yet Japanese consumers seem to be treating the organic food movement with some resistance.

They conducted willingness to buy research that identified what is important to the potential customers and from that extracted the best ways to market to them. “For example, ethical self-identity emerged as a statistically significant internal determinant of Japanese consumers’ WTP [willingness to purchase] for organic food items, [demonstrating that] marketing firms should evolve strategies focused on societal marketing.” (Talwar et al, 2021) Knowing what drives consumer willingness to buy helps further direct other launches and ultimately can be the difference between success and failure in your market.

This is your moment to make a splash. A hard launch, the drumroll and curtain call to a finalized product to your target audience or perhaps the general public. The goal of a hard launch is to connect and win over the hearts and minds of your consumers.

Steve Jobs announced the launch of Apple’s iPhone almost a year before its official hard launch. He garnered so much buzz that by the launch, Apple stock had already soared. Apple’s launch was so successful that they had acquired over $400 million dollars in media before you could even buy one.

“Apple created a very strong overall marketing strategy for the iPhone and managed every aspect of the iPhone’s launch very effectively. The iPhone exemplifies Apple’s knack for creating excitement about products among its fiercely loyal customer base, who keep attention focused on the company, and then justify the hype by delivering a high-quality, desirable product.” (Mickalowski et al, 2008)

When should you use a soft launch vs hard launch?

Choosing your launch plan depends specifically on where you are in development. Are you 100% all systems go? Hard launch. Is this a brand new product, perhaps you don’t yet have enough data to know if it is going to sink or swim with your consumers? Soft launch.

No matter what point of trajectory you are at, launches will help you get to your destination, and proactively and meticulously planning them will ensure a smooth ride. It requires careful research. There is a reason we scour Yelp reviews and Trip Advisor to ensure we are going to have the best experience possible.

We like countdowns and itineraries. Anticipation and excitement drive positive experience, but only with properly managed expectations. Do the pre-work, set yourself up for success, and make sure it is worth the trip.

Oh, and if you find yourself in Paris or Barcelona, launch, don't walk to these spots… 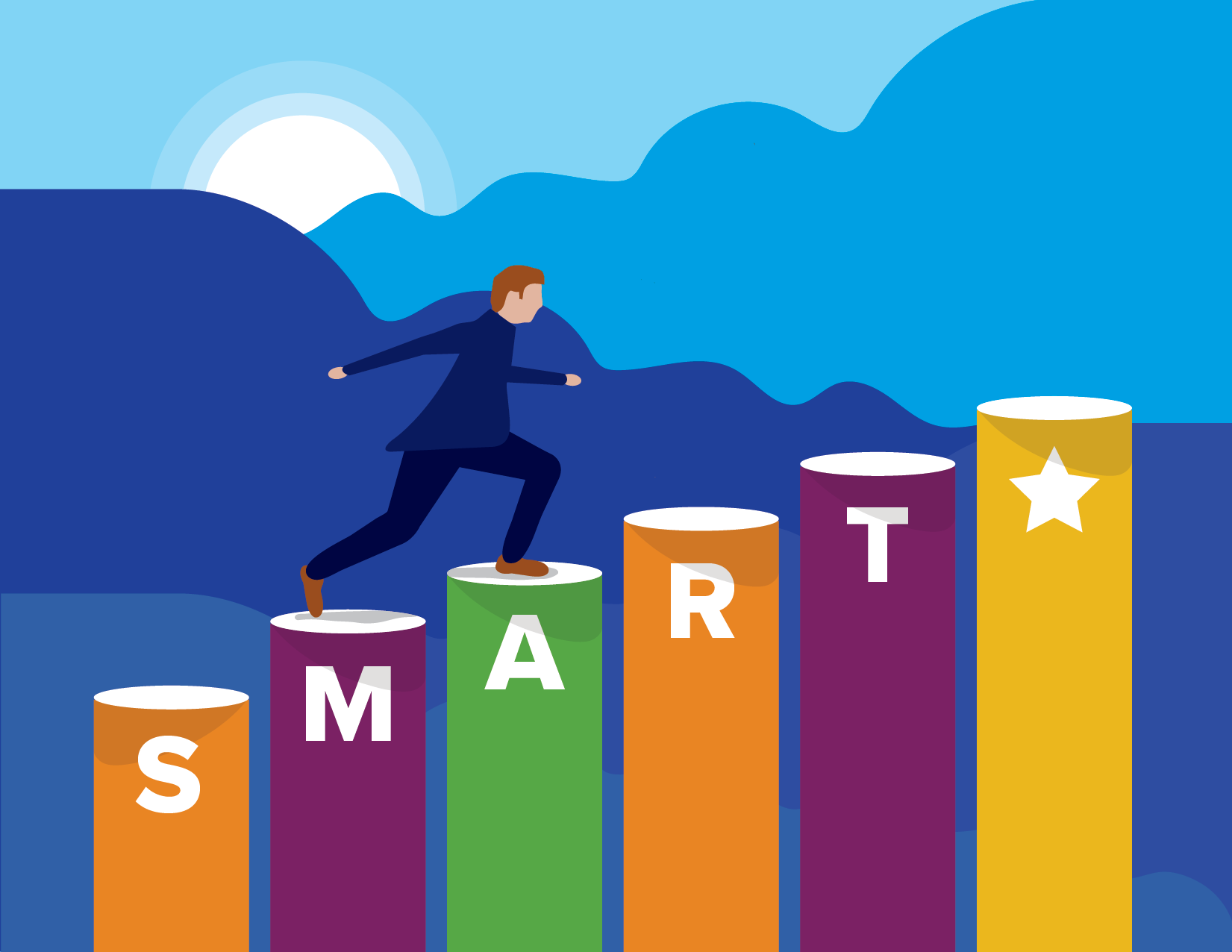 SMART goals, is an acronym for specific, measurable, achievable, realistic, and timely. The SMART method helps you set actionable goals to achieve success. 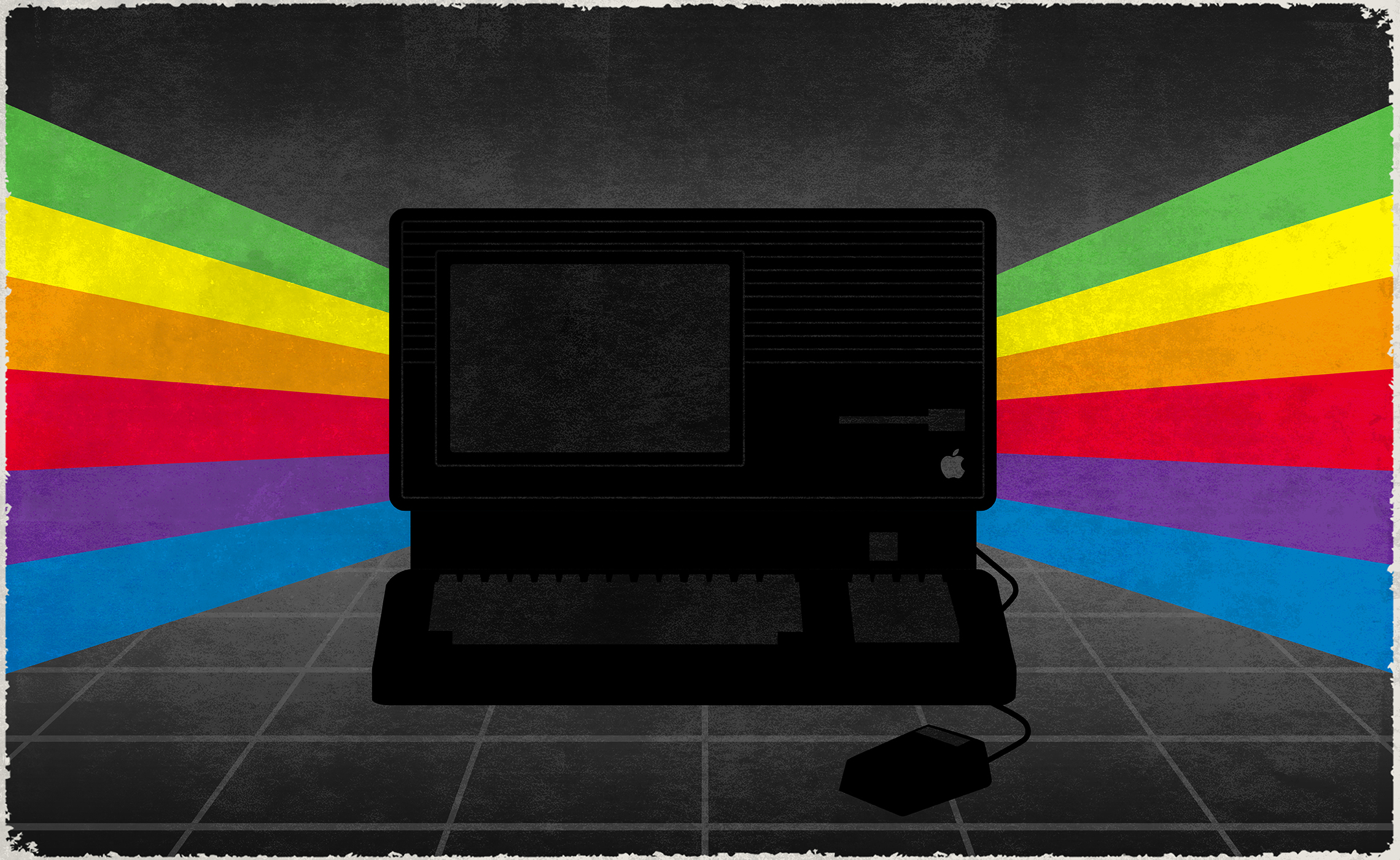 An effective product launch includes a go-to-market strategy, keeping in mind the best way to market a product before, during, and after an actual launch. 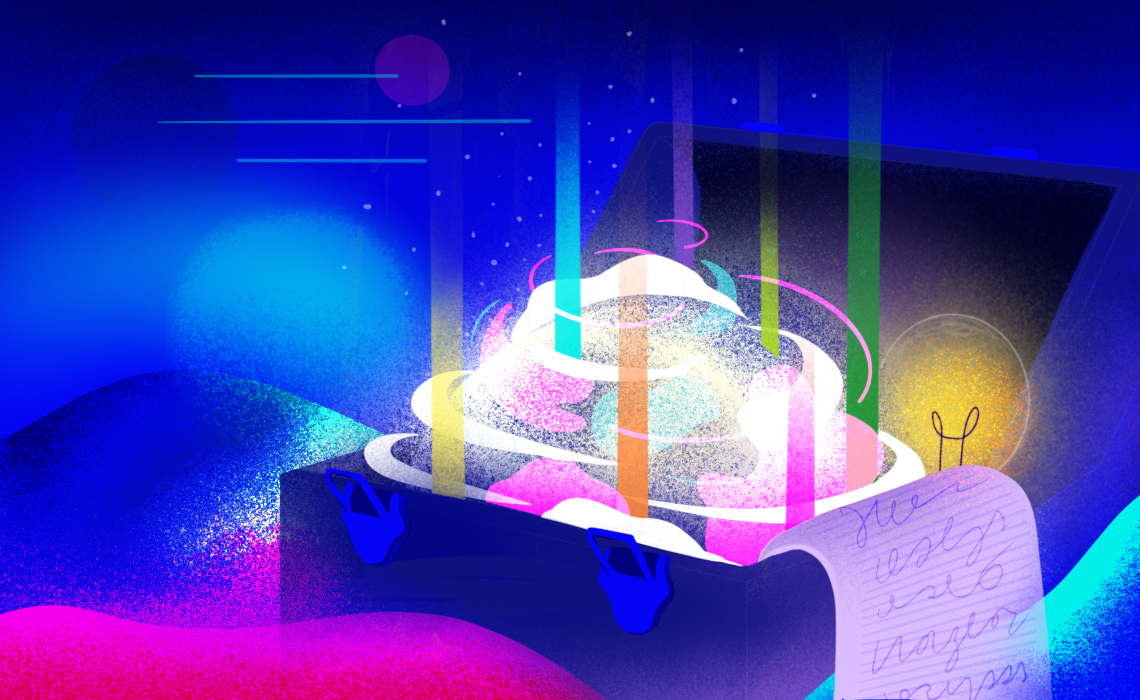 Primal Branding: The Who What When Where Why of Building Iconic Brands

Primal branding is what we use to access the very core of your band, extract the DNA, and produce a brand identity that stands the Darwinian test of time.

We'd love to hear from you. Drop us a line or two.